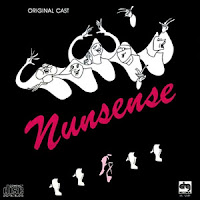 According to Wikipedia, since its off-Broadway premiere in 1985, more than 25,000 women have played in Nunsense productions worldwide. After this weekend, they can add a few more to the list.

Algonquin students will present the musical comedy about the misadventures of the Little Sisters of Hoboken in three performances this weekend — Friday and Saturday night at 7:30 pm and Sunday at 2:00 pm. The shows take place at the Algonquin Auditorium.