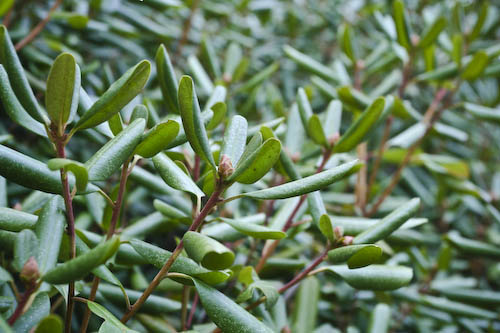 The curled up leaves of a stressed-out rhododendron

When it rains, it pours, and when it doesn’t, well, you have this summer. The lack of rain prompted the Massachusetts Emergency Management Agency last week to issue a drought advisory for much of central Massachusetts, including Southborough.

Southborough gets its water from the Massachusetts Water Resources Authority (MWRA), and their supplies are still within normal levels despite the drought advisory. While we’re not under any formal restrictions from the state, Southborough does have a voluntary odd/even water ban in place. Residents in even-numbered houses are asked to water their yards only on even-numbered days, and those in odd-numbered houses on odd-numbered days.

With the lack of rain this summer, are you participating in the odd/even water ban? Take the poll below (if you’re reading this via the daily email, you’ll have to visit the site to participate). If you’re taking other steps to limit your water consumption, let us know in the comments.

I don’t water the lawn to my dad’s embarrassment (his is pristine). I collect water in a rain barrel and am also collecting the condensate from the A/C. These sources are used to water my poor flowers and the saddest shrubs. The whole back yard resembles Fall because my maple trees are losing all of their leaves!

We respect the voluntary water restrictions although I must admit I did just have to water on an even day because we were leaving to go out of town for 5 days. We collect rainwater in two different barrels and use it whenever possible to water containers and veggies. We do not water the lawn. It is turning brown, but it is going dormant, not dying. I also save grey water in our home to use outside for the garden. gray water includes pasta water or water I use in washing vegetables. As long as the water does not contain oil it is fine to use outside and I do this whenever possible. I have also heard of people placing a large bucket in the shower with them when they shower and using the grey water outside. Unfortunately our shower is so small this doesn’t work for us.

I would be interested in hearing what other people do to conserve water.

I have only been watering my vegetable garden. The lawn is what it is…and it sure isn’t pristine and green.

I, too, water only my vegetables and I mulch everything to help keep the water from evaporating. -and I also use water for my plants rather than put it down the drain. In fact IF I need hot water in the kitchen, rather than run it down the drain, I collect it for watering.

Don’t you know this was the summer I decided to put in a new perennial garden. Planted a Japanese Maple Tree and about 25 new plants. Right after that happened, the temperature soared! I admit that I’ve been watering my garden everyday, but directly on each plant, with about a gallon of water per plant for the first month it was in. Now I do it more sporadically, but the next step for me is a couple of rain buckets. I love the idea of catching the rain and reusing it.

I saw the rain barrel comments and wanted to advise since my landscape architect just educated me on this. Collecting rain in rain barrels is a great idea. If you are collecting from your down spouts you need to know what kind of roof tiles you have. Some of the more traditional roof tiles have chemicals that will collect in your rain barrels and then onto your plants and more importantly your veggies.

Hope this is helpful.

I let is all die and went to the beach.

I’ve been spot-watering the vegetable garden with a watering can we fill from the dehumidifier. It hasn’t been raining (except now, hurrah!), but it’s certainly been humid.