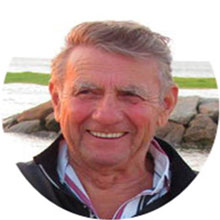 When Lieutenant John Mauro Sr. first joined the Southborough Fire Department, there were no full-time firefighters. It was solely an on-call job. That was in the 1960’s. Mauro has been with the fire department ever since, and he’s seen a lot of changes.

Tonight Mauro’s friends and family will celebrate his retirement from the fire department after 50 years of service.

Throughout his tenure, Mauro remained an on-call firefighter, but son and current fire chief John Mauro Jr. said his father was around for a number of major fires, including the fire at St. Mark’s in March 1966, and the Southborough Arms fire in June that same year.

“He is the kind of guy who will always show up when you need him,” Chief Mauro said.

Please join me in thanking Lieutenant Mauro for his years of service to the town.

Congrats Mr. Mauro,
I always remember those cold weekend mornings playing hockey. You never missed a chance to watch us play. I wish I could have been there to shake your hand. You meant a lot to us kids and are an inspiration now that we are adults.
Dave Monroe II