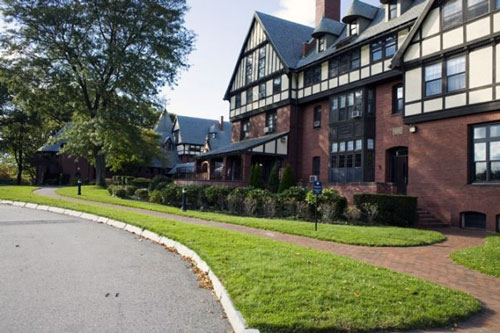 If you watched Channel 5 news, last Friday you might have seen a familiar face. Southborough Selectman John Rooney was interviewed for a story on tax exempt organizations and efforts by some towns — Southborough included — to collect what they say the tax exempts owe.

“They essentially get free services without having to pay any property tax,” Rooney told Channel 5.

The city of Boston recently sent letters to 40 major nonprofits in the city asking them to pay 25% of what their property taxes would be if they weren’t tax exempt. At a meeting earlier this month, Rooney said it’s a move that will help keep the issue on the front burner.

“We’re not the only town with revenue problems,” he said. “I think it’s just a matter of time, and this is just one more step.”

Rooney has led an effort to encourage non profits in Southborough — most notably St. Mark’s School and Fay School — to increase voluntary payment in lieu of taxes (PILOT) contributions. In a report presented to the schools earlier this year, Rooney asked St. Mark’s to increase their PILOT from $20K to $300K, and Fay School from $10K to $200K.

Is that likely to happen? “Absolutely not,” St. Mark’s Business Manager Bob Meyer told Channel 5. “If we had to do that, we would have to lay off six teachers.”

The town’s effort to increase PILOT contributions have been met with some success, albeit more modest than hoped. At Town Meeting in April, Rooney announced St. Mark’s and Fay both agreed to purchase a new police cruiser for the town at a total cost of about $75K.

Town Administrator Jean Kitchen told selectmen earlier this month that Harvard University has also committed to increasing their PILOT contribution, but the amount of the increase has not yet been announced. Since 2007 Harvard has contributed $18K annually. Last year they also pledged $50K over three years toward the cost of the town’s new ladder truck.

It is doubtful St. Marks or Fay put a large burden on the town so asking for such a large amount is not really justified. Lets remember the purpose of tax exemption in the first place. The contributions currently being made seem fair. Combined with new cruiser seem more than fair.