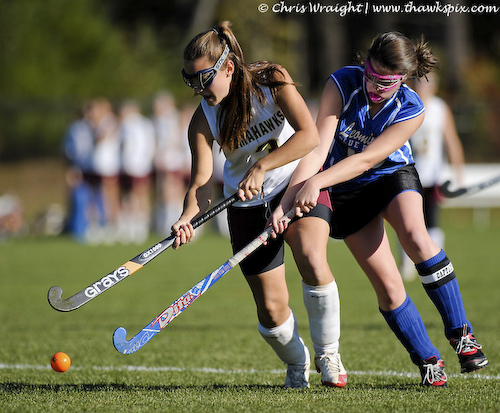 The Algonquin postseason started off on the right foot with wins this weekend by the girls field hockey and girls volleyball team. The girls and boys soccer team will have their first postseason games later today.

With a bye in the first round, the second-seed Algonquin field hockey team faced Leominster in the Division 1 Central quarterfinals on Saturday. Southborough field hockey dad Chris Wraight was at the game and said things were all tied up until the final minute of play when Emily Bourke broke down the side and fed the ball to Elizabeth Holmes in front who knocked it in for the game’s only goal.  Field hockey moves on to play third-seed Groton-Dunstable in the semifinals today at 5:15 pm in Lunenburg.

The girls volleyball team also came up victorious this weekend. On Friday night they bested Concord-Carlisle by a score of 3-1 in the first round of the Division 1 Central-West playoffs. The sixth-seed girls will face third-seed Shepherd Hill tomorrow at 5:00 pm at Algonquin.

Tonight marks the beginning of the postseason for both the boys and girls soccer teams. Both had byes in the first round, so they’ll be playing quarterfinal matches tonight. The second-seed girls take on seventh-seed Quabbin at 5:00 pm, and the second-seed boys match up against seventh-seed Tantasqua at 7:00 pm. Both games are at Algonquin.

Assabet is also in the postseason. After a win in the first round, their sixth-seed girls soccer team will take on third-seed St. Bernard’s today in the Division 3 Central championships. The game starts at 2:00 pm at Elliot Field at Fitchburg State University.

Stay tuned throughout the week for updates on all the postseason action.