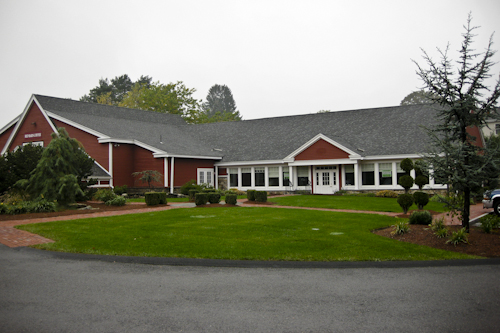 Above: Sperry’s has opened in the Route 9 building that also houses Red Barn Coffee

Southborough’s newest market opened up before the holidays. Sperry’s Country Market is located on Route 9 westbound in the same building as Red Barn Coffee. You can read more about their offerings in this recent article by the Metrowest Daily News.

In addition to offering local products — pre-made meals from Kennedy’s Market in Marlborough, ice cream from Trombetta’s Farm and brownies from Yummy Mummy Brownies in Southborough — Speranzella decorated his store with a touch of the past, as old advertisements from the past 100 years line its walls.

Speranzella also bought antiques — an old Coca Cola cooler, for example — that are displayed on shelves, and the columns supporting the building look like stone walls.

“I really wanted to make it look like a small market,” Speranzella said of the store, which, like his other locations, offers beer and wine as well as a bottle redemption center.

I’ve been pleased the few times I’ve gone in…and to note, their wine prices were very competitive with BJ’s/Wegmans…in fact one Italian favorite was cheaper than those two stores.

What a nice addition to Southborough
I hope they do great.
I saw the info on MySouthborough.
Even though I live very near there I did not notice the sign so I advised they
should have some kind of banner to
make everyone aware of there great shop

Was feeling tired after coming home from vacation- popped into the store for the first time- grabbed some yummy Kennedy meals for dinner and never had to jump on RT 9!
Let’s support our local markets so they will stay!

just walked in the door, put the ice cream from Trombetta’s :) in the freezer and was totally mesmerized with the place. YAY! I also bought Yummy Mummy brownies on a stick for my son to take on his weekend away to share with friends as well as the bottle of wine my husband needed for when they arrive. I love the loose candy bins in the front for the kids (mine who will walk down after school) 2 thumbs WAY up >>>and really so happy to see the integration of local business products being sold; an example of a business setting a positive example.
I agree with Amy, let’s support our local retail so we can infuse our town’s economy, I will go out of my way to shop here.