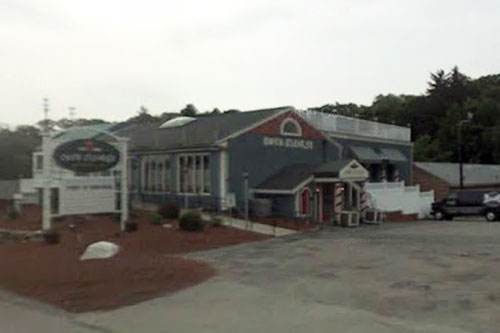 Above: Southborough’s Owen O’Leary’s plans to open another pub just down the road in Westborough (photo via Google Maps)

If you want to grab dinner or a drink at Owen O’Leary’s, you’ll soon have a choice about where to go: Owen’s to the east or Owen’s to the west. The company said last month they plan to open a new pub in the area, just down the road from their existing location on Route 9 eastbound in Southborough.

The new pub – a brewpub to be called Owen O’Leary’s Restaurant and Pub – will be located just over the Southborough line in Westborough in the former spot of the Piccadilly Pub which closed its doors last February. According to the Community Advocate, the new Owen O’Leary’s will brew beer, as well as serve food.

Westborough selectmen last month unanimously approved a liquor license for the site, but the company still needs state and federal approval before it can open. In addition to the Southborough location, there is also an Owen O’Leary’s in Brockton.

To be located at 17 Connector Road (map), the new brewpub is only about five miles down Route 9 from the current Owen O’Leary’s location. The company told the Community Advocate last month they plan to keep the Southborough location open.

You can read more about plans for the new brewpub in the Community Advocate and on Westborough Patch.