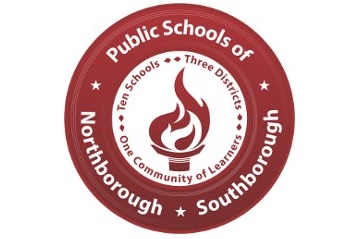 Last night, the Southborough School Committee and Select Board interviewed three candidates for the vacant seat School Committee with a five month term. The majority made clear that their selection was based on two important factors the former member, Jessica Devine, had going for her. She will be able to hit the ground running for the short, but busy period. And she won’t be running for the post in the spring.

Before voting to appoint Devine, both boards enthusiastically encouraged the other candidates, Zhi Li and Johanna Sheyner, to stay involved and run in the Town’s May election.

School Committee Chair Roger Challen told the Select Board that a big reason his committee had been hesitant about filling the vacancy was that it’s a decision that should be up to voters. They worried about substituting for voters’ judgement while giving someone the advantage of an incumbent in the election.

By asserting that she was only interested in the short term job, Devine gave them a palatable alternative.

Challen followed that his second concern was the challenging work ahead, especially with the school budget. Having someone who didn’t have to be familiarized with the process would make that easier. That was echoed by two other members.

Keturah Martin said that the role comes with a learning curve. By the time a new member was up to speed, the term would be done. Jen Primack referred to a “rocky start” this year and said this year’s challenges also include dealing with the school calendar. (The administration has been looking into potential changes to handling of religious holidays.)*

Vice Chair Kamali A. O’Meally was the outlier, indicating that fresh blood could be more advantageous than someone with experience.

O’Meally opined that based on her long volunteer work for organizations related to the schools, Sheyner would be able to jump into the process. She advocated for Sheyner as bringing skills with her that would be valuable in researching potential programs and funding sources. But in the end, she voted with the majority.

The Select Board supported the sentiments expressed by the majority of the School Committee.

Devine was the first candidate interviewed by the boards. She referred to her challenging 3 year term that started in 2019 with a new superintendent, then dealing with EEE, and then was overwhelmed by dealing with Covid. She chose not to run for re-election for reasons related to her family. One of her initiatives was to push for improved communications from the schools. She was happy to see improvements after she left. Challen told her she should take credit, since the improvements stemmed from her driving the efforts during her tenure.

O’Meally noted that late member Kim Tolander advocated for students with special needs. She asked Devine about her ability to serve in that way. Devine said that she had been the liaison to NSPAC (Northborough-Southborough Special Education Parent Advisory Council). More recently, although she hadn’t had to utilize their resources, she had needed to advocate for one of her children based on private issues. It gave her a deeper understanding and appreciation for NSPAC’s role.

Sheyner’s background more closely aligned with Tolander’s who served on NSPAC’s board. Sheyner is a Vice President for NSPAC. She has served on the Council’s board since 2019. She began volunteering in the Southborough schools and for school organizations in 2014 when her oldest child entered the NSBORO preschool program. She has worked with school administrations and special services for supporting one of her children’s complicated IEP since 2016.

She told the boards that she had been thinking about running for the school committee over the past two years. She has already been working with fellow NSPAC board members to recruit more members so that she could move into a more advisory role.

Select Board member Lisa Braccio related to Sheyner as a mother whose son had required an IEP. She credited his current professional success to the support he received from the NSBORO schools.

Li is a professional scientist who just moved to town in August. As a Shrewsbury resident, he had served on his daughter’s school council and filled in as a substitute teacher for multiple grades when the schools faced a shortage. He told the boards that he is passionate about education and interested in helping the community.

Select Board Chair Kathy Cook told Li that however they ended up voting, she was glad he is now a member of the Southborough community.

You can find more details on the candidates in the meeting packet here.

*The Combined School Committees were scheduled to vote on the calendar tonight. An updated agenda has stripped that item from the list of topics to be covered.