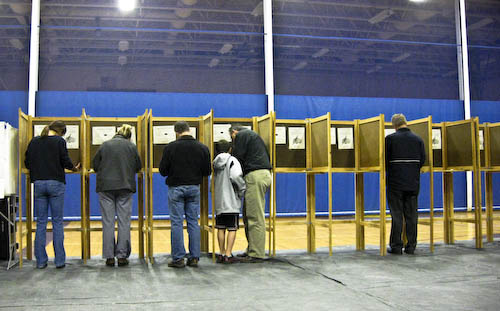 A majority of Southborough voters are likely disappointed this morning by some of the state election results. Fifty-four percent of you cast a ballot for Republican Charlie Baker for governor. Fifty-eight percent of you voted for Republican Karyn Polito for treasurer. Fifty-three percent favored Republican George Thompson for state senate. While they secured the majority in Southborough, none of those candidates won their races.

Southborough voters did fall in line with the rest of the state when it came to the ballot questions, with voters choosing to repeal the liquor tax, but keep the state sales tax at its current rate, and keep the 40B affordable housing statue on the books.

Interestingly, the 40B vote (Question 2) was much closer in Southborough than it was statewide. Forty-nine percent of Southborough voters wanted 40B repealed, while 51% voted to preserve it. Southborough currently has two 40B projects in the works — Stonebrook Village off Oregon Road and Woodland Meadows off Oak Hill Road.

In the Middlesex 4th District, Republican Steven Levy has claimed victory over incumbent Democrat Danielle Gregoire by a mere 102 votes. Levy was heavily favored in Southborough, earning 58% of the vote here.

Turnout in Southborough was high, as it was projected to be across the state. Of registered voters in Southborough, 67% showed up at the polls. Precinct 3 had the highest turnout at 69%. Precincts 1 and 2 both saw 66% voter turnout.

) are the declared winners. Candidates in italics are the ones Southborough voters favored. Voting percentages are given is parenthesis.