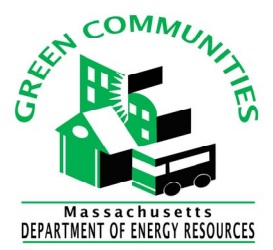 The newest round of Green Communities awards lists Southborough as entitled to $250K for energy conservation work.

The state grants allow Towns to spend up to the allotted amount on specified”energy efficiency and renewable energy projects”.

In 2018, the Town announced that the work under the most recent grant was projected to provide an annual savings of $14,374 in municipal utilities costs.

You may have noticed that our Town’s two most recent grants include “administrative support”. Passing on that money to the Town employee overseeing the Green Communities program was a hot topic before and at the last Annual Town Meeting.

Apparently, Facilities Director John Parent had been promised that the extra work he was doing to get and oversee the grants would be compensated. That compensation was included in the budget drafted by the administration team. (The $6K stipend would only be granted if the state funding came through.)

Some members of the Personnel Board, Board of Selectmen, and Advisory Committee objected. No one argued that Parent wasn’t deserving of the compensation for the work he had put in and its benefit to the Town. Instead, the mechanism was at issue. Some officials argued that allowing one employee a stipend was opening a can of worms. In the end, voters approved the stipend.

An article by Metrowest Daily News first alerted me to the latest grant. According to the story, Southborough got a bigger piece of the state’s pie in this summer’s round than other towns in our region. You can see the state’s list of 2019 grants here and the status of all Green Communities grants to date here.

Congratulations 🎈 to John Parent for work done to win this years grants. The implementation of these grants will reduce Southborough energy consumption and therefore the town’s annual operating cost paid for by Southborough tax payers. Adding in the bonus of reduced fossil fuel consumption, we take another step to limit Climate Change.

Will there be any metrics in order to see if money was well spent?

I suppose it is stupid to ask if the savings will be passed along to the taxpayers.

Thanks Beth for checking into this, The way it sounded there were 2 different transfer stations in town LOL