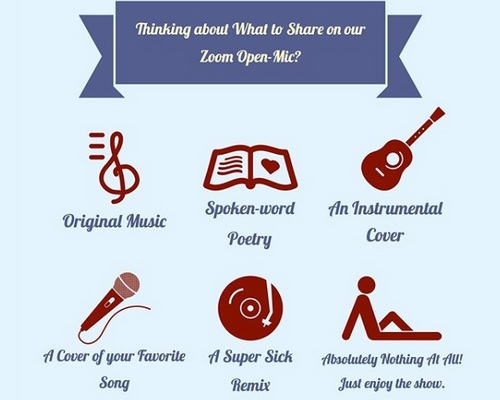 The South Union Building was site of a new Open Mic series launched in January, featuring music and poetry. With the restrictions on gatherings, organizer Sophia Brady had to postpone the second night scheduled for March. Now she’s retooling it as a virtual series.

Each Open Mic Night will take place from 5:00 – 7:00 pm on zoom. Performers are capped at ten per evening. To be one of them, email sophia.brady@worcesteracademy.org.
Although less likely to quickly fill up, attendee spots are also limited. So be sure to sign up through the Facebook events. Registration is due by the 18th.

Brady organized the series as part of her Girl Scout Gold Award project. You can follow her social media posts about the series on instagram.