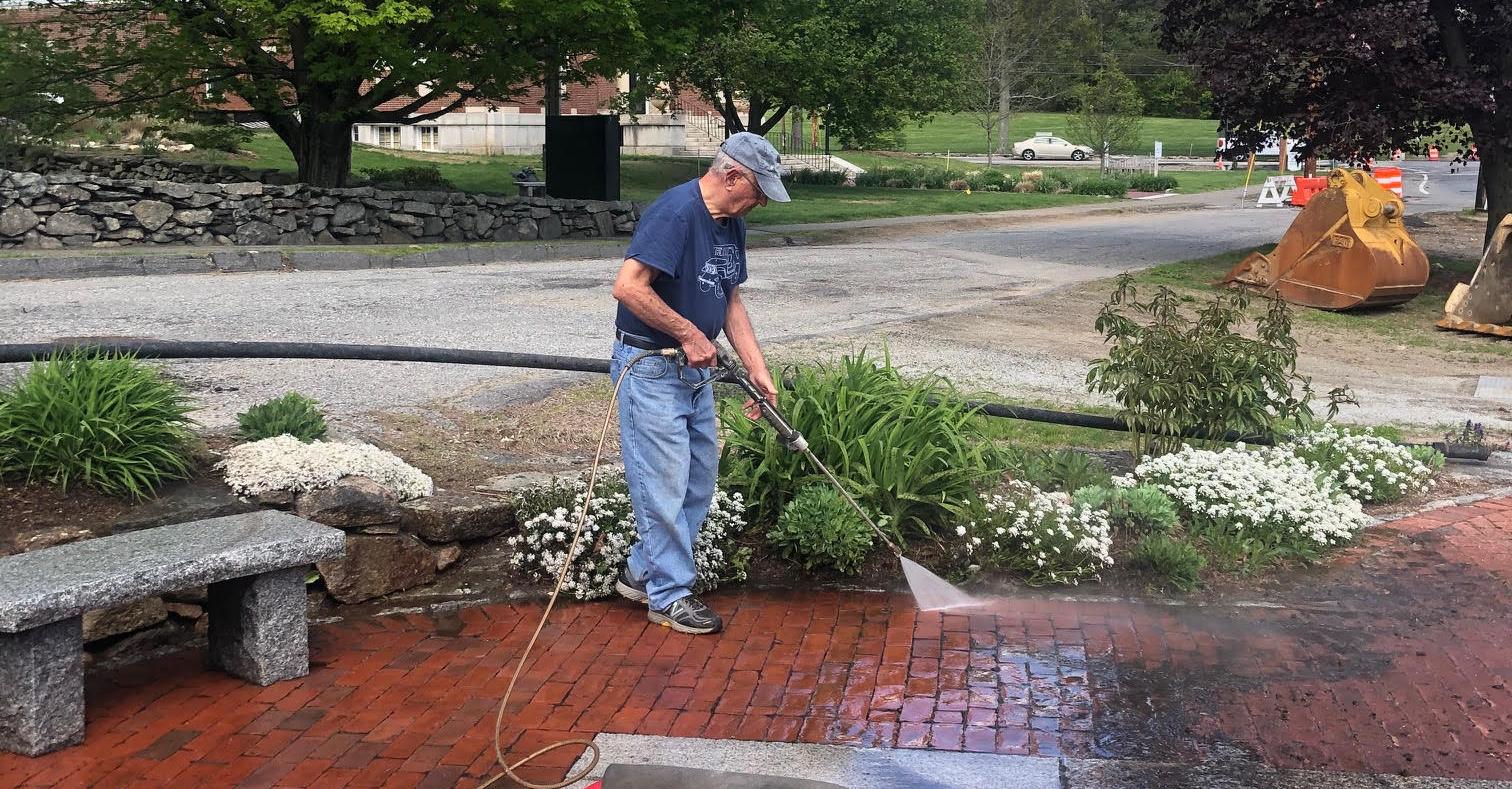 Above: Although only a small number will gather at a closed ceremony there on Monday, the All Wars Memorial was spiffed up again this spring by former Fire Chief and Air Force Veteran Peter Phaneuf. (image cropped from contributed photo)

This won’t be our usual Memorial Day weekend.

Southborough is known for having a great turnout both for the flag replacement ceremony and the Town parade and ceremonies. But this year, most of us are asked to stay away from the events.

The finalized observance plans were discussed at Tuesday’s Board of Selectmen meeting. The Town has planned this weekend’s and Monday’s observances as closed to the public.

Veterans Agent Brian Stearns noted that the public wanting to support veterans can still do so by lowering a flag at home to half staff until noon on Monday or by laying a wreath.

One aspect that the public will take part in that day is listening to bells pealing in substitution for the traditional 21 gun salute. The Town has asked Southborough churches to ring their bells at around 10:30 am on Monday, May 25th.*

Prior to that, a small ceremony will be held with Southborough veterans. (You may see them marching to the All Wars Memorial, six feet apart. If so, you are asked not to join them.)

The services will be hopefully be filmed by Southborough Access Media for eventual viewing by the public.** The video will incorporate a pre-recorded message by State Representative Carolyn Dykema. (If you want to watch something that day for a more immediate connection, you can view past parades and ceremonies from 2014-19 on SAM’s YouTube channel.)

In preparation for the the memorial services, Southborough’s Peter Phaneuf (former Fire Chief and Veteran of the US Air Force) did his annual spring cleaning and sprucing of the All Wars Memorial. He contributed the below photos of the powerwash and a visit from Southborough Fire Department Group 3.

This Saturday is when Stearns and a small number of volunteers will take care of the annual replacement of graveside flags. Again, this won’t be open to the public.

*As of Tuesday night, three churches had confirmed participation in the bell ringing (St. Anne’s, St. Mark’s, and St. Matthew’s) and the Town was waiting to hear back from two (Pilgrim Church and the First Community Church).

**As long as it isn’t raining, SAM will record the Monday ceremonies. (If it’s raining, they can’t risk the equipment getting wet.) As for when the video will be available, Stearns may have given the impression you could watch the video on Memorial Day. Unfortunately, it will likely take about a week to produce. You can look for it to eventually be broadcast on the public channel and on the YouTube Channel. To find out when, you can follow SAM on Facebook and Twitter.

Thank you Peter, you are a true gentleman.